Why is it essential to apply a human lens to AI?

Why is it essential to apply a human lens to AI?

In the press, over the last week, we have seen a disturbing story that a fast food giant sent out a marketing promotion ‘celebrating’ a historical event. They have since apologised blaming a ‘bot’ but the question remains how was this ever allowed to happen?

Artificial Intelligence (AI) has been around for decades. From playlists to chatbots, and insurance premiums to digital signatures, AI is influencing everything we do at home. Post-COVID, businesses are accelerating their adoption of AI with McKinsey Global Institute research suggesting that by 2030, AI could deliver an additional global economic output of $13 trillion per year.

So what went wrong here? The bot in question was likely built around an AI platform (this has not been confirmed). Here historical data is fed through a series of mathematical processes to predict likely outcomes and ultimately ‘make a decision. Such AI platforms are without emotion and learn purely from empirical data. There is no ethical or right or wrong lens to the final recommendation. The issue is not the ‘machine’ but the fact that it learns from data based on the historical behaviors of humans and we humans do not always act without emotion or bias. This had disastrous consequences for the fast food giant. 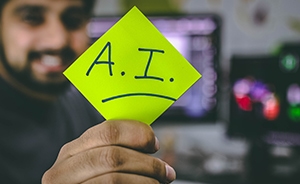 One might think this is an isolated incident. It is not. Amazon scrapped its CV-sifting recruitment tool because it was showing bias against women; Meta’s new chatbot, BlenderBot 3, quickly became racist and a healthcare provider in the US was differentiating standards of care between white and black patients again because of an AI algorithm. Google and Microsoft are warning investors that bad AI could seriously damage their brands and Gartner predicted back in 2020 that the number of AI-related scandals would grow.

So why now? Why are these incidents becoming more prevalent? Well not only are we seeing the adoption of AI increase but we are also seeing a shift in how it is deployed. Historically, AI was used more as a decision support tool with a human (well a data scientist at least) over-seeing the build and able to provide an ethical review for biasedness before deployment. Now, more and more tools and applications are embedding AI within their processes without the need for human intervention. It is these applications that have the potential to have the highest risk – there is no human ethics filter.

The data science sector is trying to address these issues. There are endless debates at dedicated conferences across the globe and the government (Central Digital and Data Office and Office for Artificial Intelligence) have issued a set of ethical guidelines to be applied when building AI applications. However, having spent the evening watching The Good Place and the ethical debates around: if you had to hit one person or five with a tram which would you choose? What if you knew one of the people? What if one of the people had significantly helped humanity? It appears we all have different experiences and frames of reference when deciding right from wrong. If humans struggle with such concepts then what hope is there for machines? A Seattle AI lab claims it has solved this. It has developed a new technology, Delphi, that can make moral judgements. However, early results are extremely mixed.

Ultimately the only way we can avoid yet another catastrophe is for data scientists and software developers to take responsibility, recognise this issue and ensure a human lens is always applied and a moral judgement made. Ethics and bias need to be top of the AI and data science agenda for decades to come. Until that is Delphi catches up!

At Realise we have helped many businesses understand their needs and navigate change. Contact us to find out how we can help you find the right solutions for your business.